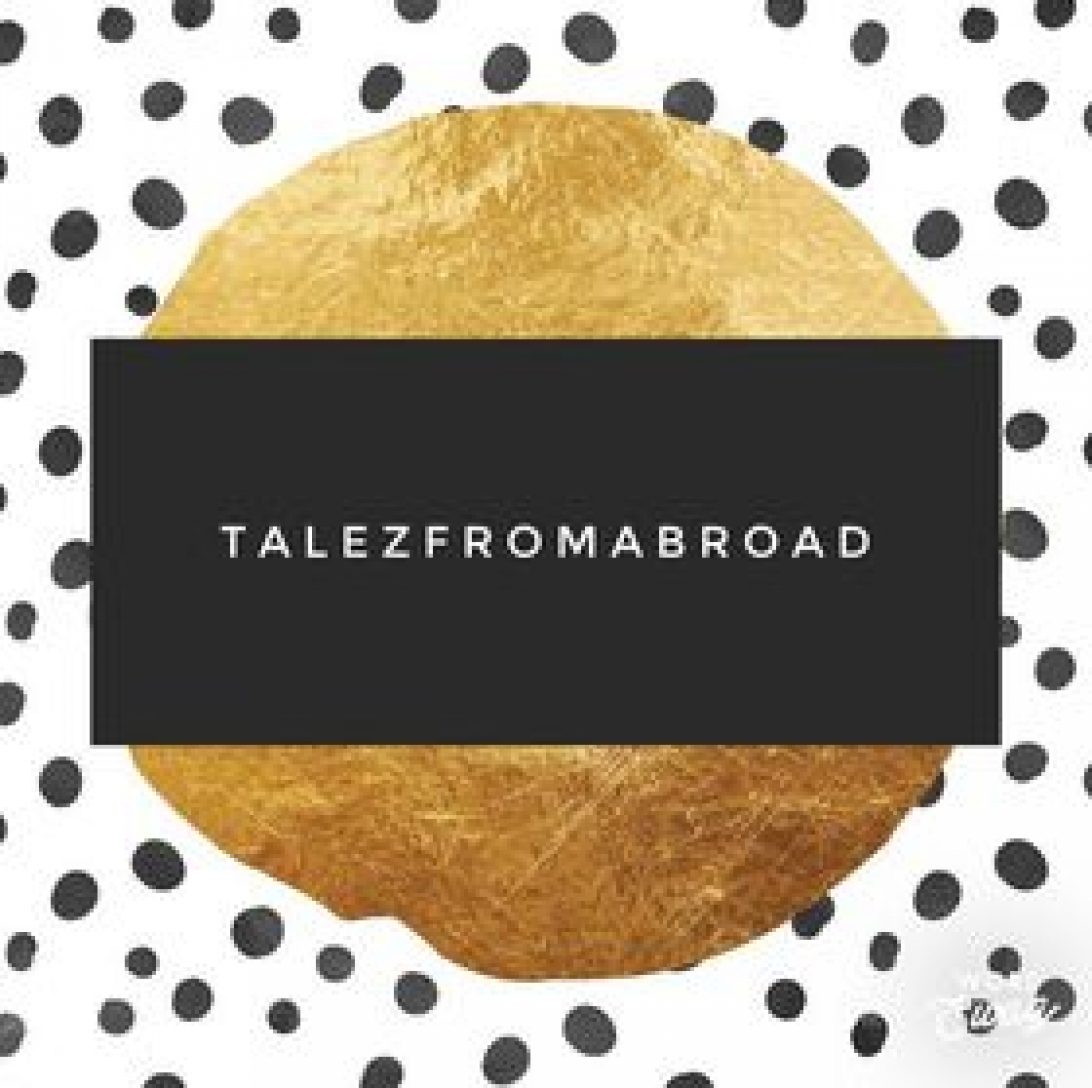 There is often not one day that goes by during my work week that I’m not left thinking about some profound lesson. Today was no different, as I carried out my role as a social worker within the child welfare system. I’m sure 50% of you are either rolling their eyes with disdain towards me, and the other wondering what horror stories I have for them today. But for the most part, my days are much like today where I get immersed in learning and listening about peoples lives. Conversations can vary drastically from feeling like I’m pulling teeth, or the latter, where I get more information than I bargained for. Both often leave me at times feeling impatient as I’m not always afforded the opportunity to get down to the meat and potatoes of the presenting concerns that initiated our introduction to one another.

Today was as good as it gets, as I felt privileged that this one Kiddo really opened up and let me into their world, and as a result opened my mind to some new learning. We had made some initial small talk about the Inauguration that morning, and touched upon the pandemic- it was a carefully placed Segway that set the remainder of my interview up. You see I was looking to explore the impact of Emotional Injury or psychological effect as it pertained to the Radical Anti-Masker/Trumpism/Patriot belief systems by the guardian. Due to obvious confidentiality issues I can’t discuss where this particular conversation went, but it posed a question in the back of my head when I was done.

Where is my Skill Level at in Reference to Understanding How the Adolescent Mind Processes Harmful, Fear Based Propaganda and Extremist/Radical Belief Systems? And How does my own Bias and belief system play a role within my capacity to fairly assess?

I’m sure by now You all have heard about one of the Domestic Terrorist Rioters – Guy Reffit, who was arrested by FBI who had threatened to kill his children if they told the FBI he had taken part in the riot. Find the Story Here. Believe it or not, this is not an isolated incident.

Texas man at Capitol riot allegedly threatened to kill his kids if they turned him in: ‘Traitors get shot’

While this case is not only a form of Domestic Violence/Abuse- there is a sub-category that us folks in the Western World are just getting a taste of. Over the years in my practice of social work I’ve counted on cultural brokers and religious leaders to help navigate and bridge a level of understanding between my own cultural beliefs and biases and others unlike me. As a result, I’m cognizant that in the world there are countries that remain in warfare level conflict as a result of their differing beliefs, and have done so for thousands of years. I’m aware of the complex trauma that follows these families for generations as they settle in Canada and struggle to adapt as a result of us not being equipped to address it as soon as re-settlement begins. I can’t imagine that some of us would have ever imagined this level of divide within the Western World, let alone believe that violence could be the answer to our problems. Yet here we are.

I feel like as this Pandemic continues to divide one another and sever friendships, families become further at risk as a result of the isolation and contentious attitudes that arise from the conflict. I’ve talked about this exact subject before Read Here.

Previously our networks could be counted on to provide us an authentic sense of reassuring safety and support, but has been rapidly replaced by a culture of mistrust, suspicion, and deepening conspiracy theories. This is the message that is being absorbed now within the confines of homes, where once children, youth and families felt safe- but have now come to believe they are not.

Extremism is “the quality or state of being extreme” or “the advocacy of extreme measures or views”. The term is primarily used in a political or religious sense, to refer to an ideology that is considered (by the speaker or by some implied shared social consensus) to be far outside the mainstream attitudes of society.

For most adults, we had the experience of growing up in varying different ways. For the majority of the luckier adults, they experienced a relatively well adapted, stable, and healthy childhood. The need for us 30/40 somethings to be “woke” back then was as simple as needing to count on our pre-historic alarm clocks to get us up for school. Nowadays, there is a level of pressure placed on children and youth to be fully informed on everything that occurs in the world. There is a significant difference between discussing world events and irrelevant anxiety inducing content all day long. Children and Youth are growing up in a world where they are fully exposed, non stop, to unfiltered, jarring and disturbing images and stories. For these youth and children, they then come home and find no reprieve- as the parents have become completely engrossed in the toxicity of it all. Free thinkers are not born in this climate, free thinkers are born in environments whereby they feel safe in questioning and challenging things they may not agree with, and not face the threat of being killed, rejected, or unheard. Here lies the “emotional injury” I was seeking to explore more.

I came across this helpful paper written by The Ran Center of Excellence titled ‘Vulnerable children who are brought up in an extremist environment’ which in summary states:

“Children growing up in a family with extremist influences are
particularly vulnerable to becoming radicalised themselves.
Despite the difficulties faced by practitioners to identify these
children, protecting them is essential. Effective interventions may
include offering alternative relationships and counselling, providing
(intercultural) education and using trauma and creative therapy for
the most severely traumatised children. Removal from the families
may also be necessary in cases in which transgenerational
extremism is causing significant distress to the child and is putting
them in danger. But separating children from their families is not
always the best solution. As such, it is crucial for practitioners to
carefully consider what is in the child’s best interest. This requires
finding the delicate balance between what it is good for the child
and what it means to force the child into a safer environment.”

While many extremists/Radicals feel they are exercising their freedoms of free thought they are in fact imposing and stifling their children’s ability to develop and learn how to decipher what is their own opinion versus one that is enforced upon them. The interest of the child in extremist families may be trumped by the interest of the cause. For some extremist parents, their children are a means to reach a certain outcome and part of their ideological arsenal. They can be used to defend their ideas and give mass to their group. Despite what is sometimes believed, an extremist upbringing puts the child at a higher risk, not society.

In political science, the term radicalism is the belief that society needs to be changed, and that these changes are only possible through revolutionary means. Most people think of left-wing politics when they use the noun radicalism, although people on both ends of the spectrum can be described as radical.

I’ve seen adolescents act out as a result of reinforced negative attention they received over the years- I can’t help but feel at some point this may shift over the next while. I can confidently say I’ve witnessed children/youth now vying for their parents attention and being rewarded with it when aligning now with some extremist/radical belief systems. They verbatim regurgitate their parents rhetoric…this is exactly how racism, sexism, misogyny and every other “Ism” in the book gets reinforced through the generations. The more they agree, the more attention they get, and a bond/relationship begins to grow despite how maladaptive the context is. We often see these behaviors happen with child sexual abuse cases- where children are groomed to go along with the abuse, so as to minimize any harm or be denied affection.

Anyways I did not want to get too deep into this today as I just felt compelled to share my “Ah Ha” moment today. I was left with some significant food for thought, and a desire to start getting on this as soon as possible in terms of how will I approach working with families in an already polarizing climate.

Perhaps dialogue with families with these attitudes can explore a few of these concepts that move towards a more Freer Thinking Ideology that I came across in an article in Psychology Today by Marty Nemko Ph.D.

Beware of confirmation bias. Once we’ve developed a viewpoint, we tend to notice or accept only ideas that conform to those views. That’s called confirmation bias. So you’ll need to be strong to be open-minded to views that aren’t liberal and that don’t advocate for yet more redistribution.

Beware of commitment bias. Our biases get ossified further when we make a commitment. For example, if we volunteer for a Democratic candidate, to maximize our good feeling about that, we more strongly support Democratic party positions.

Be humble. As writer Frank A. Clark wrote, “We find comfort among those who agree with us, growth among those who don’t.” Beware of being too cocksure you’re right, even if the schools, media, colleges, and friends insist you are. On so many issues, especially that foundational one of increased redistribution versus meritocracy, there really are strong positions on both sides.